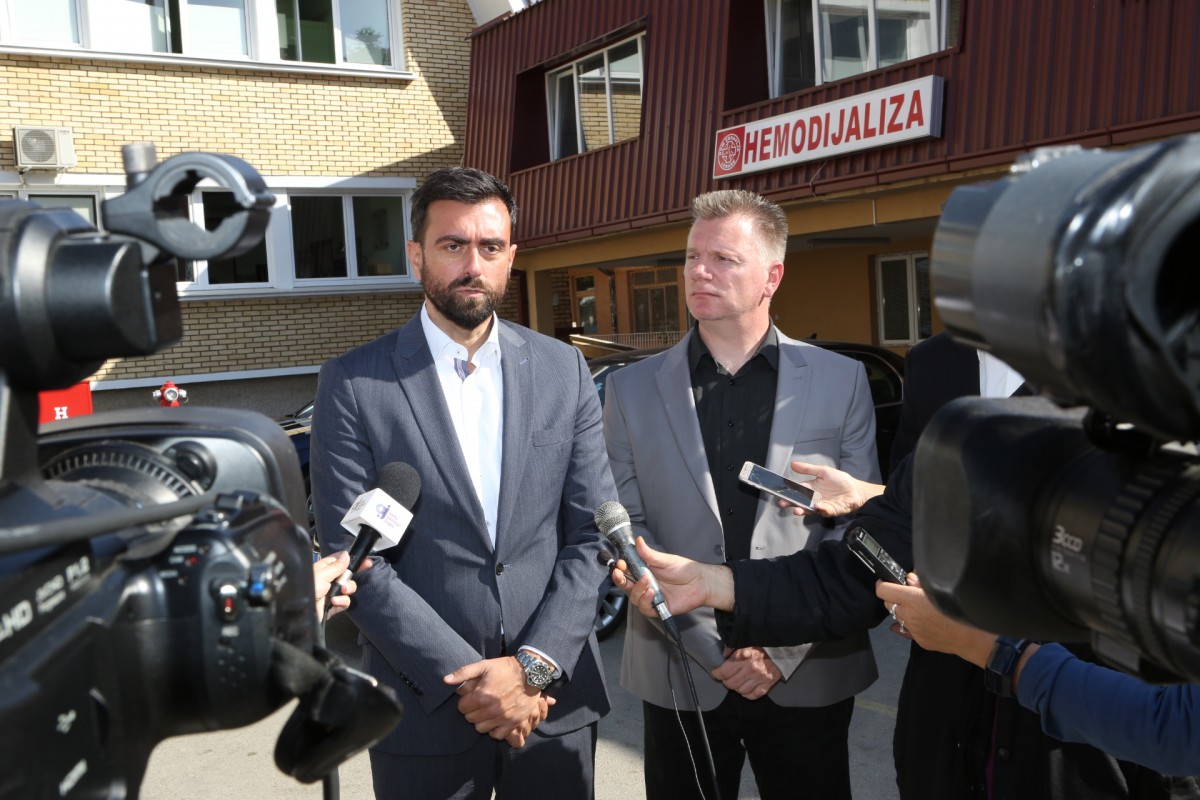 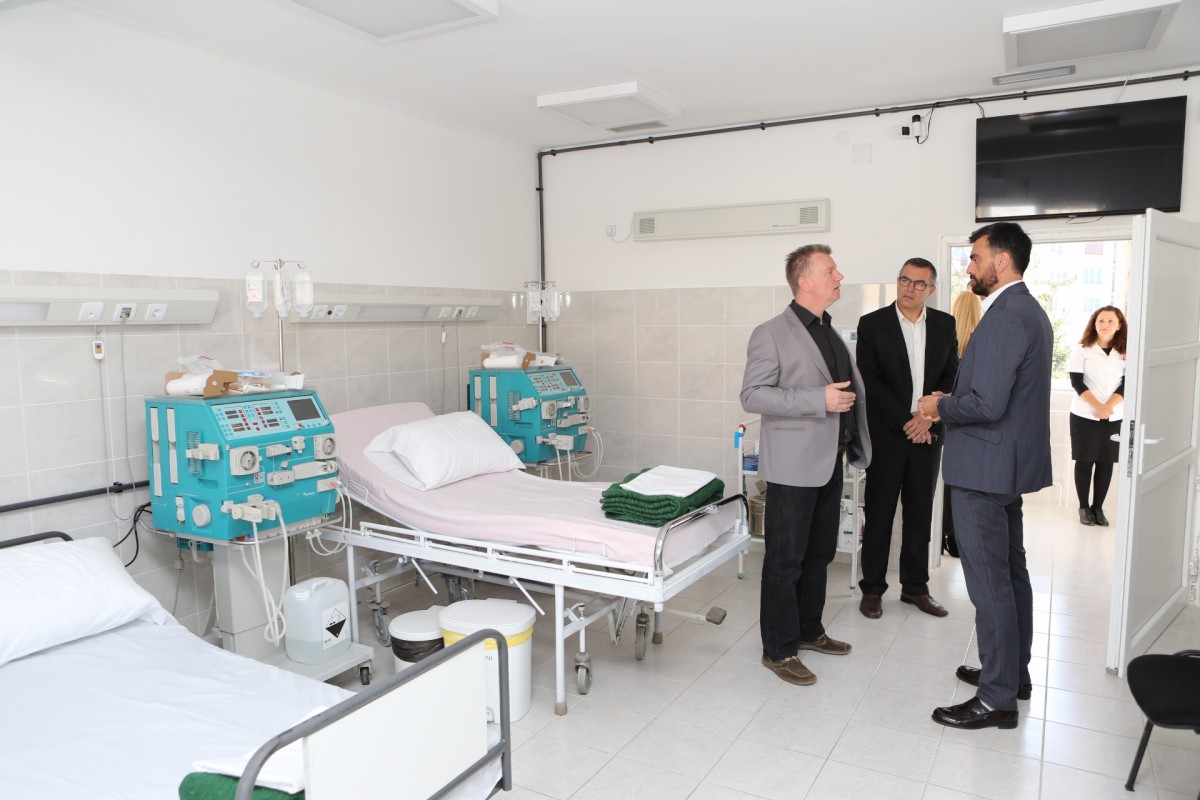 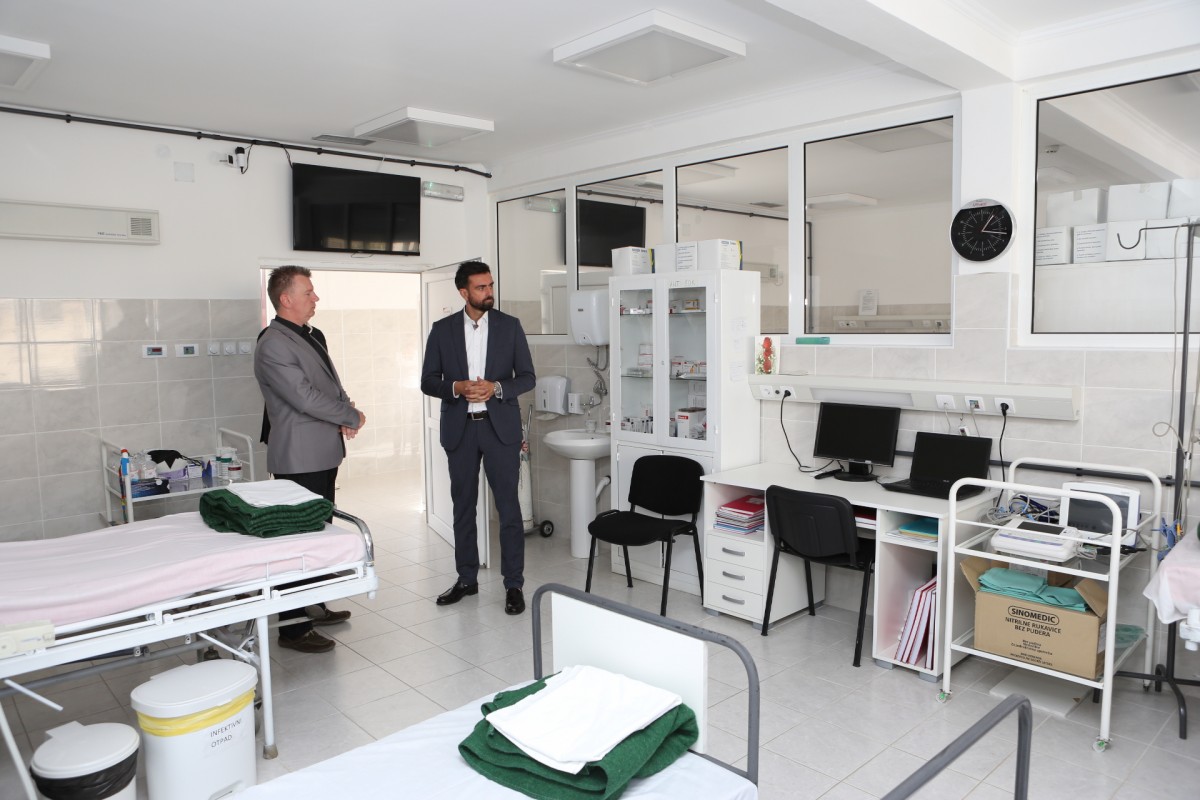 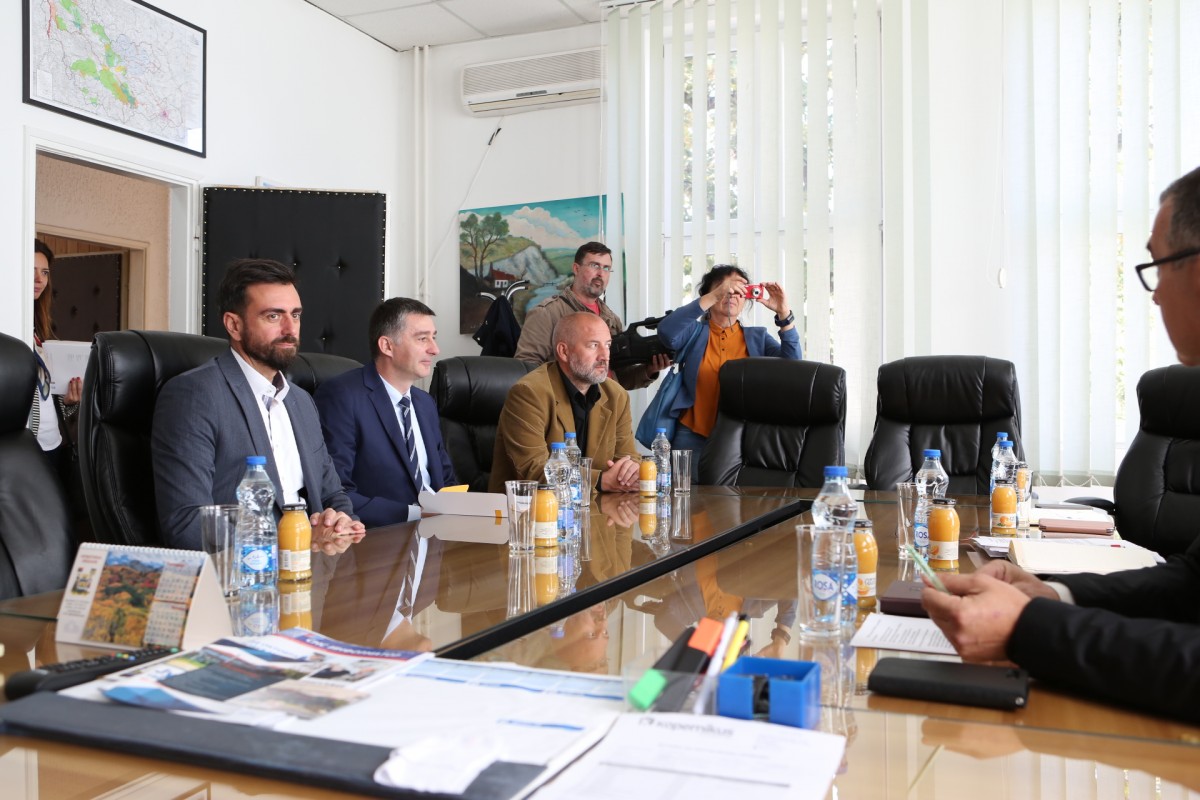 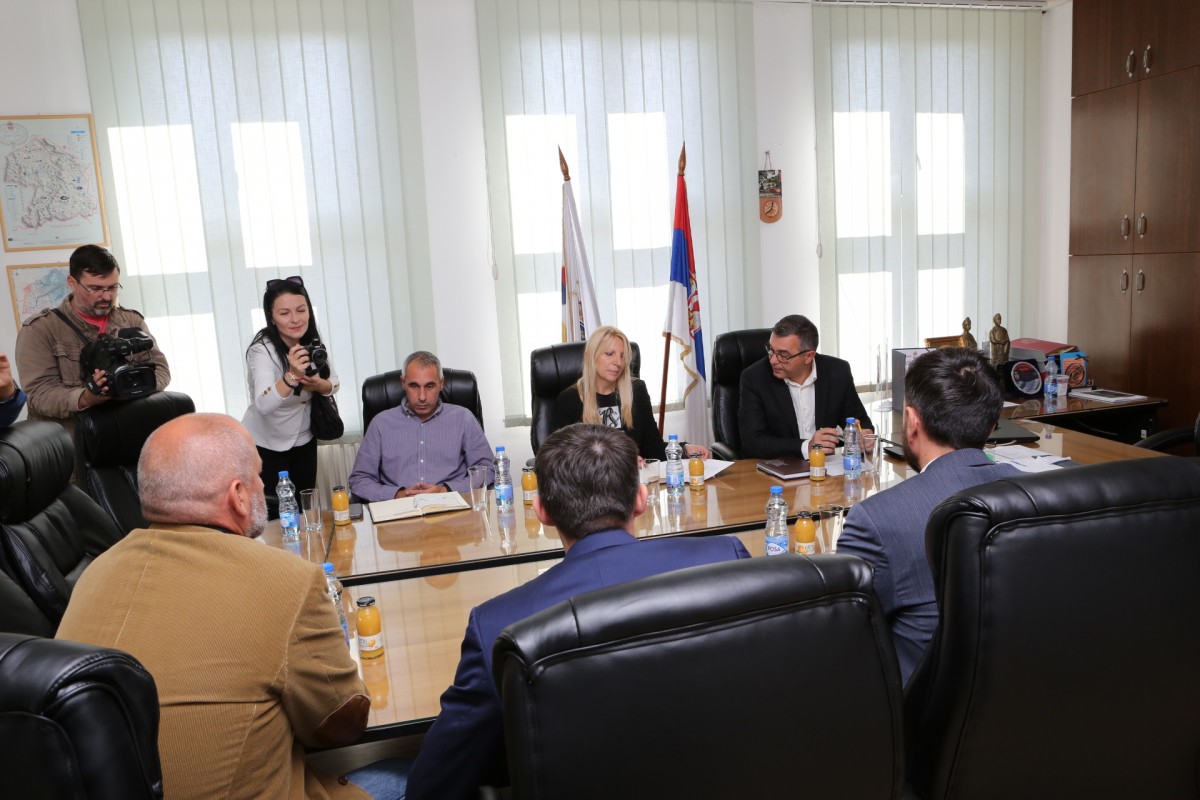 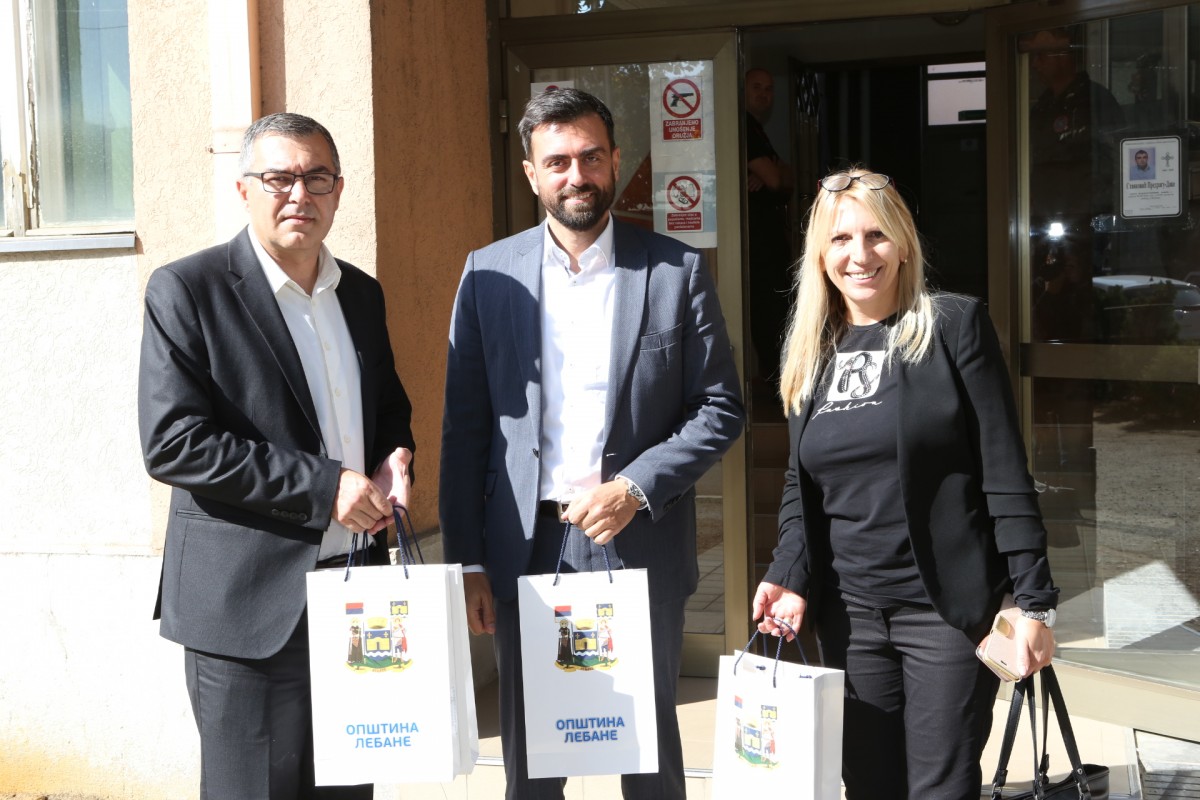 Steffen Hudolin, Head of Operations II of the Delegation of the European Union (EU), has visited today the Centre for Haemodialysis in Lebane that started work in April this year with the support of the European Union. The centre provides necessary medical care to the patients from Lebane, Bojnik, and Medveđa who suffer from kidney disease.

With the financial support of the European Union in the amount close to 50,000 Euros and substantial co-funding of 35,000 Euros provided by the municipality, all construction works, electrical installations, ventilation and air conditioning were completed, and the elevator suitable to be used by people with disabilities was installed. With the donor’s support, the medical equipment was also procured, including defibrillator, ECG machine, patient monitor, eight beds and a dry steriliser, thus enabling the centre to operate at full capacity.

"This project is a great example of the European Union contribution to improving the quality of life of people in local communities, and through successful cooperation with the Lebane Municipality and the Ministry of Health, the patients from three municipalities now have adequate medical care here in Lebane and no longer need to travel to Leskovac on dialysis," Steffen Hudolin, the EU Delegation Head of Operations II said. He underlined that Lebane centre for dialysis was a sustainable model that could be applied in other communities.

As Hudolin has said the EU is the largest donor to Serbia, while the Lebane project is just one of 850 projects worth over 65 million Euros that the EU during the last decade have supported through various development programmes and implemented in partnership with the local self-governments.

"In the new haemodialysis centre within the Lebane Health Centre, we now provide a higher level of services for our patients, and have the capacity to take care of 18 patients on a weekly basis. At the moment, we have on average eight or nine patients who receive medical treatment provided by two doctors and six nurses who underwent a six-month training at the Clinical Centre in Niš”, Vladan Stanojević, Health Centre Director said.

During the meeting with the Assistant Mayors, Nataša Stojanović and Miodrag Živković, the EU Delegation Head of Operations II, Steffen Hudolin said that the European Union continued to support local economic development through the EU PRO programme and its 77 infrastructure projects approved to date with the aim to contribute to balanced regional development and better life of the population. Hudolin added that the new calls within EU PRO were the opportunities for municipalities to apply with quality projects.

Your experience on this site will be improved by allowing cookies.